corporate comedy...
and the result is hilarious.

Check Out What We're Doing In Virtual

What The Water Coolers Do Best

Award-winning songs and sketch comedy about the challenges we all face at work, direct from NYC -- think annoying co-workers, the panic of an accidentally sent email, never-ending meetings, and an unnatural attachment to your smartphone -- whether it's after dinner entertainment, pop-up performances throughout the day, or a big kick off, audiences relate to what's happening on stage and each other.

Think of a cross between the Office and the funniest YouTube parody you've ever seen, performed live by top NYC talent and you'll be getting the idea.

Why The Water Coolers? 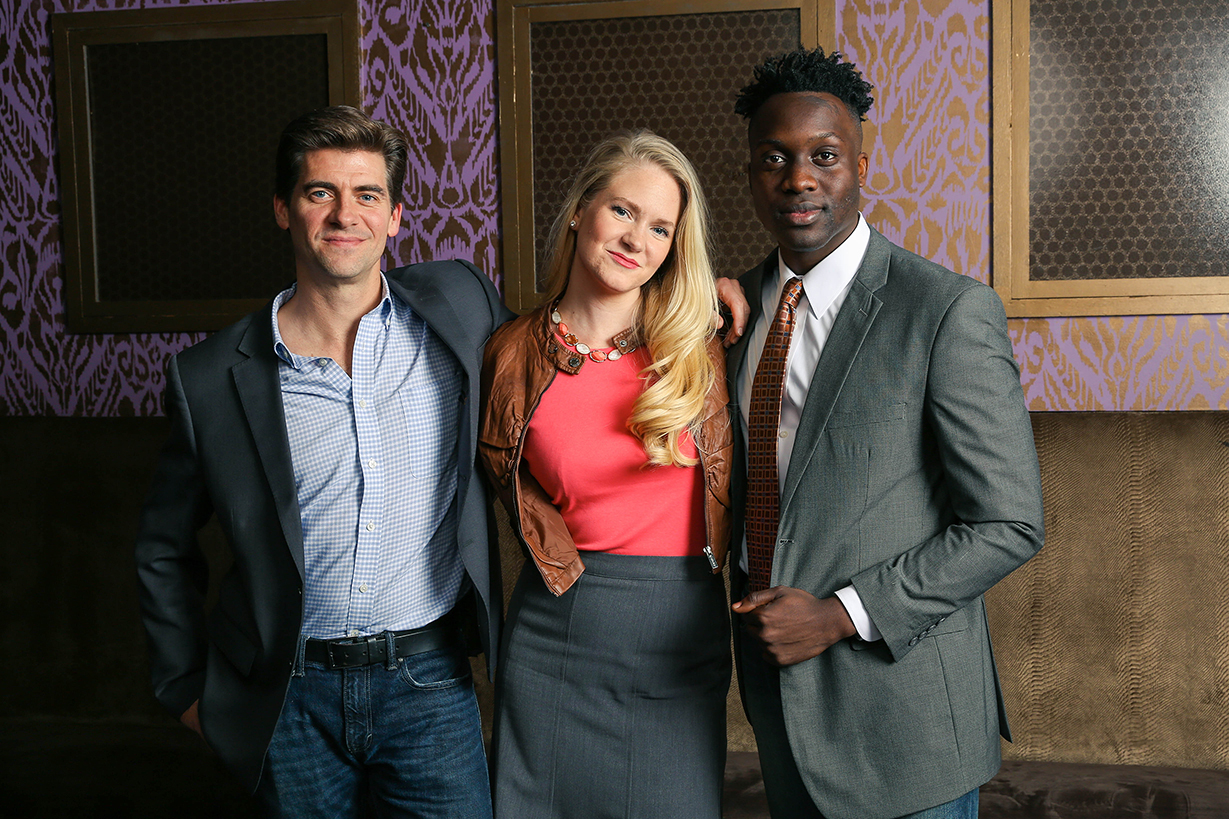 You expect entertainment at our level to excel
-- as you should --
so why us?

Focused on your goal.

You invest in entertainment to achieve a business purpose. We get that. That's why we designed The Water Coolers act to help deliver on some of the big ones: building a bond among attendees, connecting them to the your organization, motivating future performance, and strengthening loyalty.

Our writing team mixes professional comedy writers with people working in the "real world" to deliver an authentic and funny take on work. The team is headed up by one of the creators of New York's longest running comedy hit ever, "Tony n' Tina's Wedding" whose other comedy credits include numerous appearances on The Conan O'Brien Show, and voicing Peanut on the Cartoon Network's cult hit, "Harvey Birdman, Attorney At Law," also starring Stephen Colbert and Gary Cole.

The performing cast is made up of NYC pros with resumes including top comedy clubs like Igby's, the Improv, the Comic Strip, and the Icehouse as well Broadway's hippest and hottest shows, including Gloria Estefan's "On Your Feet," “Wicked,” “Rock of Ages,” "Jersey Boys," Carole King's "Beautiful," “Chicago,” “Hair,” “Pippin”, “In The Heights,” and "The Boy from Oz," with Hugh Jackman.

An amazing act for anyone that wants to bring fun, excitement, and belly aching laughter to their corporate event.  We've used them a few times as the entertainment for our annual sales awards and they are worth every penny... They learn to understand what you need...then deliver a belly busting performance!

Two words: TOTAL SUCCESS! Your team was a gas and I truly thank you and them for all the hard work, professional delivery, and just plain "niceness" that you all showed during the project...as the songs continued, the laughter increased! And the finale...SPECTACULAR!!!
GREAT SHOW!!!

The Water Coolers did an outstanding job. The material, the energy and the enthusiasm of the troupe was one of the highlights of our Global Leadership Conference. It is often difficult when you have an international group, however the content and the way it was delivered struck a universal cord.